Bragging rights were on the line when the fifth-grade students at Tangier Smith Elementary School recently squared off against police officers from Suffolk County Police Department’s 7th Precinct in a friendly game of kickball. It was a back-and-forth matchup between both sides, but, in the end, both sides came out victorious as the kickball game helped foster an even stronger relationship between the students and their local police officers.

“It is good for students to be able to see the police as community helpers and people that they can reach out to if they are ever in need,” said Jodi Lieberman, social worker, Tangier Smith Elementary School. “We, at Tangier, believe that it is important to foster a positive relationship with the police department.”

When the game concluded, officers took the time to answer any questions the students had for them, including why they wanted to become police officers, how long they have been in this line of work and what goes into the day-to-day of serving as one.

“The students were very excited to have had the chance to play kickball with some of the members of the police department,” Ms. Lieberman added.  “They had an opportunity to interact with them and even have some questions answered. The students continued to speak about the event after it had passed and are looking forward to future events.”

Special thanks to Officer Raspanti, Officer Richardson, Officer Mueger and Officer Hutter for attending the event and playing kickball with the students!

See more photos from the event in the album below! 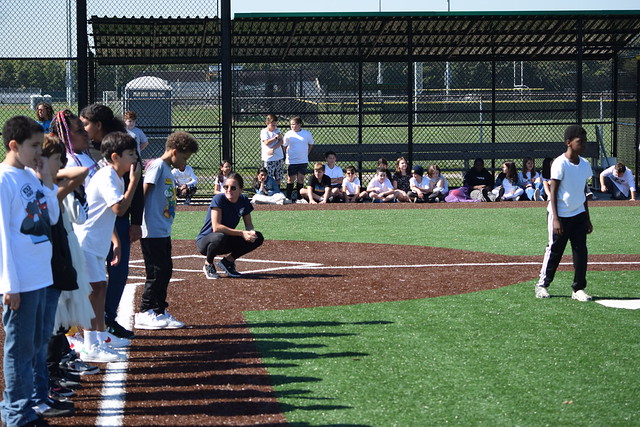